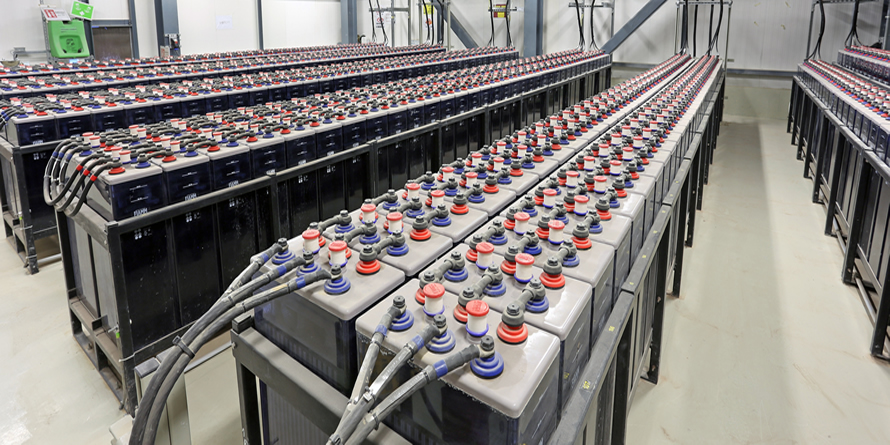 SmartestEnergy, Britain’s leading purchaser of electricity from independent generators, has called for the National Grid to provide more certainty on future frequency response capacity in order to drive the emerging energy storage sector.

SmartestEnergy, which pioneered the UK’s first supply and offtake agreement for a battery storage project, consulted 45 battery storage innovators in the lead up to the first Enhanced Frequency Response (EFR) auction to explore the barriers they face to commercialisation.

The SmartestEnergy survey shows that there is great appetite and ambition to develop commercial battery storage.  However, there is still significant uncertainty around how they will be able to monetise their projects with the limited revenue streams currently available.

Almost 70% of the battery innovators indicated that the biggest revenue opportunity they were looking to employ would come from grid services such EFR contracts. The EFR contracts are ideal for battery technology and are the first step to unlock the potential of this sector. National Grid will announce the winners of the first 200MW EFR auction on Friday 26 August.

However, with the pipeline of battery projects estimated to be at least 1GW, a significant amount of storage capacity will remain untapped because of the limited availability of contracts, risking the development of the market at this decisive time.

Another challenge reported by the battery innovators is the length of grid services contracts available, which are currently too short to meet lender requirements. Almost half of battery developers surveyed expect payback to be achieved within 5-10 years and 16% believe it will take more than 10 years. The four year EFR auction contracts are therefore forcing investors and developers to look at a mix of use cases to secure a positive return on investment. For example, by installing batteries alongside existing renewable energy projects.

Battery energy storage is a key driver in reducing the levelised cost of electricity from renewables and supporting its increasing contribution to the electricity supply mix. It is also a significant enabler of efficiency – reducing the amount of fossil fuel back-up generation needed to balance the grid. According to the National Infrastructure Committee’s recent report, if battery technology costs continue to fall, up to 15GW could be economically deployed by 2030.

“It’s clear that the current EFR capacity in isolation will not be enough to unlock the full potential of batteries, so developers need to know what’s next for the projects that won’t win an EFR contract in this auction.

National Grid need to reassure these pioneers that there will be more revenue streams available for them in order to secure the battery capacity we need for the “smart power revolution” and decentralised energy supply."

Robert also commented on the need for collaboration to drive innovation in the sector:

“It is also critical for developers, aggregators and lenders to work together to identify commercially viable ways to bring these projects to market. Given that storage is on the brink of commercialisation and has the potential to create transformational change in global energy systems, it is important that experience and best practice are shared in order to advance this sector.”

Find out more about how generators and consumers can use battery storage to create additional revenue streams in our short video: