Enabling new renewable projects to be built where they otherwise would not have been able to - for example through a Corporate Power Purchase Agreement.

Where bioenergy is deployed alongside carbon capture and storage to capture CO2 produced during the process through which bioenergy is used to generate electricity.

Where no carbon emissions are released throughout a process or operation.

The carbon emitted per unit of energy used - often expressed in g/kWh.

A process or operation in which the carbon emissions associated with its actions are reduced or offset to zero.

Actions taken to mitigate the impacts of carbon released by a process or operation, for example planting trees to absorb equivalent levels of CO2 to those produced.

A process by which any CO2 produced from burning fossil fuels is captured and transported to a place of storage. The CO2 is compressed and transported for long-term storage in either geological formations or used in industrial processes.

Where an end-user contracts with a specific generator to buy the power generated by that project.

The action of removing carbon emissions, for example from the energy system or transport.

A deliberate change to a consumer’s natural pattern of metered electricity or gas consumption. Both reducing and increasing consumption levels are considered DSR.

The chemical process of using electricity to split water into its constituent hydrogen and oxygen elements.

All of the CO2 emissions related to a particular material throughout it's lifetime across various parts of the supply chain.

The raw material used to fuel a process, such as the waste used in Energy from Waste (EFW) plants.

The release of greenhouse gases such as carbon dioxide, methane, ozone or water vapour which contribute to climate change.

Combined cycle turbine which burns hydrogen (rather than natural gas) to generate electricity.

Emissions which occur as a result of one entity's activities, but are controlled by a separate entity, for example the carbon emissions a business incurs from it's employees travelling to work via car or public transport.

A standardised unit of electricity equivalent to 1,000 watts. Consumption based charges vary according to the number of kWhs used.

The actual amount of electrical power created by a generator Vs the theoretical maximum power that could be generated from that installation.

A method for deriving hydrogen, ammonia, or other products from hydrocarbon fuels including natural gas. In addition to Steam Methane Reforming (SMR), this could include Autothermal reforming (ATR) which uses a pure stream of oxygen to drive the reaction and increase the hydrogen production and CO2 capture.

A standardised unit of electricity equivalent to 1,000 kilowatts (1,000,000 watts). Consumption based charges vary according to the number of MWhs used.

Where negative carbon emissions are greater than positive emissions.

When the total amount of greenhouse gases emitted in a year is zero - after emissions and carbon capture have been accounted for. The UK is aiming to reach this by 2050.

A business, such as SmartestEnergy, which purchases power from independent generation projects which it does not own.

The time at which demand for electricity is at it's highest. This three highest periods of demand throughout November to February each year are known as 'Triads', which help to set the costs of Transmission Network Use of System (TNUoS) Charges.

A certificate which proves one MWh of electricity has been generated from a renewable source. SmartestEnergy buy these certificates from independent generators.

A subsidy scheme which helped ensure the deployment of renewable generation. This is now closed to new projects, but end consumers still pay to cover the costs of the scheme which will continue to support generators for a number of years.

Emissions which it is either not possible or too expensive to reduce to zero. These will require offsetting to achieve net-zero.

Decarbonisation targets which aim to achieve the Paris Agreement goal of limiting global warming to less than 1.5 degrees Celsius.

Electrical goods able to reduce demand when required, either by reacting to a signal or by being programmed.

The act of ensuring process or operations can continue indefinitely with minimal impacts on their related environments and economies.

Keeping power generators in a complementary state, which can help reduce both the frequency of blackouts and the cost of electricity, as well as offer an improved plan for handling intermittent power sources of renewable energy, which can destabilize the network.

The equivalent of 1 tonne of carbon dioxide. This is a standard unit for measuring national and international greenhouse gas emissions.

Usage of renewable power evidenced by timestamped certificates, proving that specific types of generation were putting power onto the energy system at the time of the end-user's consumption.

The way in which fossil fuels have historically been burned - without carbon capture, usage and storage.

Where energy in electric vehicles can be fed back into the energy system to help supply energy at peak times of demand, or where excess energy on the system can be used to charge electric vehicles where there is an over-supply.

A grouping of Distributed Energy Resources (DER) which optimise the generation and consumption of electricity, ultimately aimed at minimising the impacts of the VPP on the energy grid.

The way to describe everything associated with the generation and use of energy, alongside the emission of greenhouse gases; including systems such as transport, water, waste and hydrogen.

Operations or processes resulting in the release of no carbon dioxide into the atmosphere.

Non-Commodity Costs make up over 60% of an energy bill for industrial and commercial businesses and these costs are continuing to rise. Click here to see which charges are affecting consumer bills. 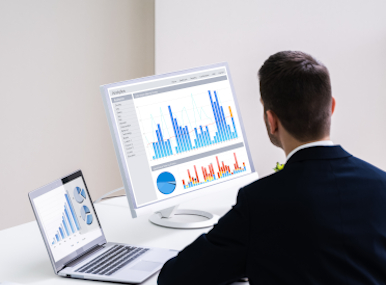 Downward pressure on wholesale prices, regulatory change and subsidy cuts make it more important than ever for generators to maximise the value of their projects. Click here to see the market factors affecting PPAs.