“The poor weather conditions that frustrate our local farming and tourism sectors are ideal for the production of renewable electricity. With high performing wind turbines, which can achieve exceptional annual capacity factors of up to 55%, we are able to generate revenue to service the project’s debt and deliver significant income to our equity investors, including the local Ardrishaig Community Trust.” – James Lithgow, Partner

Situated on the west coast of Argyll, with views of the Isle of Jura to the west and Loch Fyne to the east, the Ormsary Estate was considered a prime location for both wind and hydropower generation with the potential to harness abundant natural renewable energy sources.

A prior planning application for wind turbines on the site was refused, but with a community approach to planning and development a second application for a smaller project was approved. Works began in 2011 and by Christmas Eve 2012, the locally owned and controlled wind farm celebrated the commissioning of their first wind turbines and the project’s grid connection.

Notably, the wind farm also benefited from debt funding. Finance for the project was provided by partners’ contributions (~20%) and a 15-year non-recourse loan (~80%). The current loan arrangements are provided by a large pension investment fund and are secured against the assets and future cashflow.

Since commissioning on Christmas Eve 2012, Allt Dearg Wind Farm has successfully operated 12 Vestas V52 turbines. Each turbine has a capacity of 850kW at full output, which allows the site to produce ~10MW.

Further, due to its relative height (477m) and exposed location, Allt Dearg Wind Farm, is a very windy site; with an annual capacity factor of up to 55% for some of the best situated wind turbines. For a comparison, the UK average capacity factor is much lower, at just over 25%!
In early 2020, the Allt Dearg site moved onto a Flexible PPA contract using our SmartFlex trading portal to manage their energy assets online and leverage the movements of the wholesale market.

The Ardrishaig Community Trust owns a one twelfth share in the Allt Dearg Wind Farm, based on the original capital costs of development. The Ardishaig community’s share of revenue has enabled the Trust to fund a range of local projects, including the renovation of the Community Hall. The wind farm also funds an educational trust that supports local young people in further education.

In addition, three Vestas V80 turbines have been commissioned on the Sròndoire Wind Farm located on the adjacent Stronachullin Estate, which is similarly locally owned and controlled. These larger turbines each a have a capacity of 2MW at full output, for the production of an additional ~6MW. The V80s benefit from advanced control software and are able to leverage machine learning to increase their operational output.

Both wind farms are accessible via the existing Allt Dearg wind farm track, which branches out to provide access to each wind turbine. With a community feel across both sites, every turbine has been thoughtfully named and an emergency weather shelter has been constructed to protect anyone caught out in the elements during harsh weather conditions.

At the foot of the hillside, there is also an operational 500kW run of river hydropower pump station situated on the Stronachullin Estate, which connects to the grid and provides added local renewable generation capacity.

Having moved onto our FlexiPPA product, along with other sites managed by the same generation asset owners, current and future efforts will aim to maximise revenues for the site in the wholesale market using SmartestEnergy’s SmartFlex trading portal.

The Allt Dearg Wind Farm hopes to be operational for the estimated 20-25 years and beyond with the correct operation and maintenance process in place. Upkeep of the wind turbines is handled by the local Vestas Service Team and the Ormsary Farmers Engineering and Estate Team. 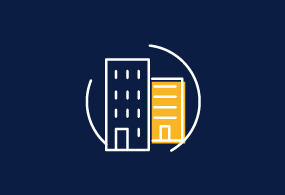 For more about how we can help your business, here's how to contact our team