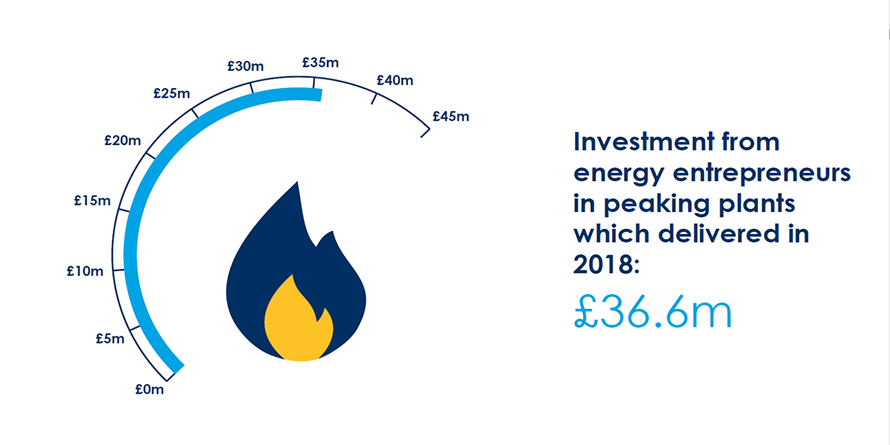 In the last of our three-part series exploring the independent generation market, Vice-President for Asset Optimisation, James Graham outlines how project developers are shifting the focus of their investment to gas peaking plant in order to complement renewable assets.

During the first phase of their contribution to the UK’s energy ambitions, energy entrepreneurs rapidly developed thousands of renewable generation projects. The need for more renewables still very much remains, but now that need is as part of a smarter energy mix which will in turn support further low-carbon generation in the future.

A new phase for the sector is now underway and we are seeing the most innovative and ambitious project developers diversifying into these new areas. By harnessing optimisation services, they are able to ensure that they can compete to supply the balancing and ancillary services now required by National Grid.

While battery storage is perhaps the most obvious form of diversification for independent generators, investing in gas “peakers” and other forms of flexible generation has been one of the key trends we’ve observed during the past year.

£36.6m was invested by existing energy entrepreneurs in peaking plants that delivered electricity during 2018 - a significant proportion of the £106.9m total investment in gas peakers that delivered last year. Interestingly, the majority of this investment was concentrated on the North of England – primarily due to lower land costs.Projects completed last year included Suncredit Energy’s 4MW gas-to-power peaking plant near Doncaster in Yorkshire, with an engine capable of ramping up in less than two minutes. They are also close to completing a 20MW peaking site near Taunton in Somerset.  Suncredit has even increased its peaking construction programme for 2019-20 - to more than 130MW of capacity - in light of recent successes.

Such investment in peaking plant allows independent generators to diversify into a range of wholesale power markets, enabling them to take a more creative approach to how they sell their power. Traditionally, they have focused on longer term forward markets, but there are growing opportunities to benefit from participating in shorter term markets such as day ahead; intra-day; and imbalance.

Flexible generation assets will now also be able to bid into the Balancing Mechanism too, after the market was opened up to embedded generators - those projects which are connected to the local distribution networks instead of the main national transmission network.

A number of Distribution Network Operators have also recently launched flexibility tenders, including Western Power Distribution (WPD), who launched a tender seeking demand response services totalling 93.4MW across 12 locations in its local area. Scottish & Southern Energy Networks is also looking to procure flexibility and demand-side response services across its network with no cap on the amount it is looking for.

These tenders represent a further potential revenue stream for independent generators and highlights the flexible applications for gas peakers.

To find out how flexible generation not only creates new revenue streams, but also opens the door to further deployment of renewables by helping to balance the grid, download our Energy Entrepreneurs Report 2019. James joined SmartestEnergy in 2012 as a Business Development Manager after more than a decade’s experience working in the energy sector and later became Head of Direct Sales. In his current role he is responsible for delivery of sales through SmartestEnergy’s Asset Optimisation function. His role focuses on working with customers to deliver value from flexibility across generation and demand response. His career in the energy industry has seen him hold senior roles with companies including Reactive Technologies and Bergen Energi.

> Connect with James on LinkedIn