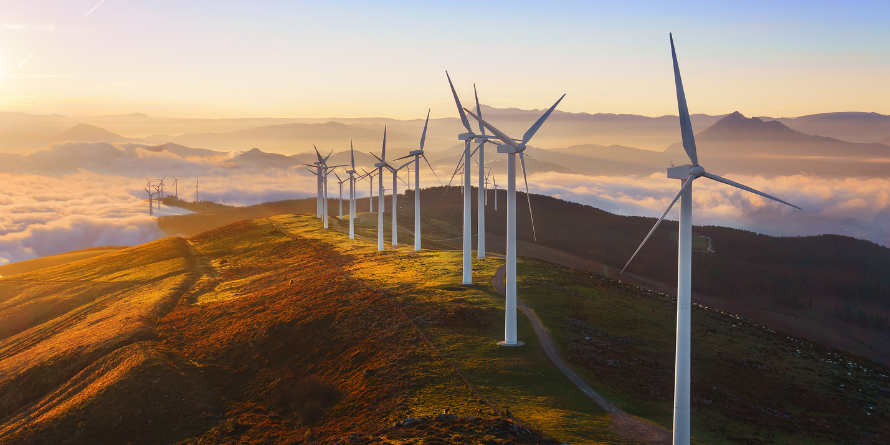 Head of Sales Trading, Fanos Shiamishis looks back at the power and gas markets throughout May, while Head of Spot Dispatch Trading, Simon Kneale explains why generators were asked by National Grid ESO to increase generation rather than reduce, which led to consistently high system prices throughout the month. We also experienced a record-breaking month for wind generation.

Power and Gas continued to gain strength at the beginning of May with cold temperatures prevailing across Europe and outage extensions at EDF nuclear plant adding risk premium to Q3-21 and Winter-21 contracts.  Gains were paired back mid-month with EUAs sold down to €50 by 17th May. POTUS suggesting a way forward for Nordstream2 in the interests of NATO ally Germany, softened forward gas contracts. Inventory levels across Europe remain lower year on year seemingly providing a price floor on Q3-21 and Winter-21. 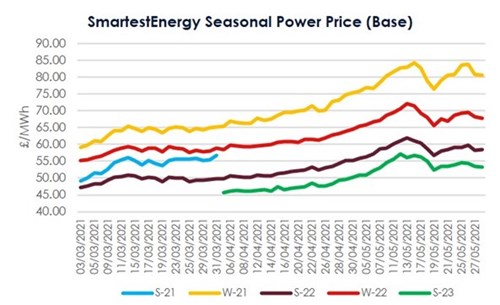 In oil markets, Brent Crude has traded flat this month. It opened at $67.35/bbl. trading between $68.73/bbl to $69.02/bbl from the 5th to the 17th May. This was surprisingly resilient despite the emerging risk to US supplies following the Colonial Pipeline Ransomware attack. Rapidly rising COVID cases in India impacted the demand outlook and prices took a hit, dropping to $64.50/bbl on 23rd May only to rally thereafter and closing at $69.31/bbl on the 31st May.

Coal (ARA spot) strengthened during May driven by raw materials price growth and Shanghai Steel index posting gains. Beginning the month around the $71/tonne mark, increasing to $80-85/tonne in the middle of the month to then closing the month at $85.75/tonne on the 27th May. Despite signals of a resurging pandemic, general expectations around economic activity and production levels remains optimistic.

Carbon was effectively the key driver for power and gas contracts this month, with the first UKA auction on 19th May clearing at £43.99/tonne and futures thereafter trading higher. On launch the UKA settled at a £2.90/Tonne premium to EUA and the basis remains at £3.70/tonne currently.

Much has been made of the thin liquidity on the UKA auctions, but we have seen a significant shift of volume in the UK in trading of the Clean Spark Spread contracts indicating a healthy UKA demand. Some EUA/UKA spread trades have also cleared in the market during May although sporadically reported rather than firm quoted on trading screens. 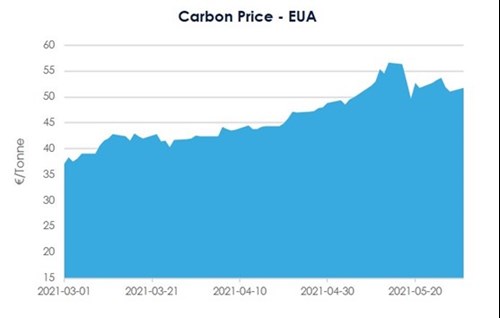 The maximum system price was recorded at £160.75/MWh during the morning of the 6th May when National Grid ESO “warmed” and brought on (Offered on) a Ratcliffe (coal) unit to make up for a shortfall in generation. It is worth pointing out that May was a very “short” month overall, where National Grid ESO had asked more generators to increase generation than reduce it, leading to consistently high system prices throughout the month - 69% of half hour periods went short in May compared to 53% and 57% for March and April respectively

May was a record-breaking month for wind generation. The blustery weather on Friday 21st May saw wind generate 17.7GW between 3.30-4:30pm - the highest on record. Beating the previous record earlier in the Month on the wet bank holiday Monday 3rd May at 3.30pm when it hit 17.6GW.

Negative prices also returned in May, with the minimum system price reaching minus £49.39/MWh. This occurred overnight during a period of high wind on 21st May, when National Grid ESO were required to curtail wind, pulling the overall balancing market down to negative levels and setting the system price very low.

Maximum Day Ahead N2EX prices (Base) reached a peak of £87.12/MWh on 13th  during a period of relatively low renewable generation in mid-May. The minimum baseload day-ahead price was £57.27/MWh on the 4th May during the first of three periods of high wind for the month.

To follow our power and gas market updates, register for our monthly webinars. Our next webinar takes place on the 5th July at 3pm, where Fanos will be joining us as a guest speaker to provide a detailed market commentary.