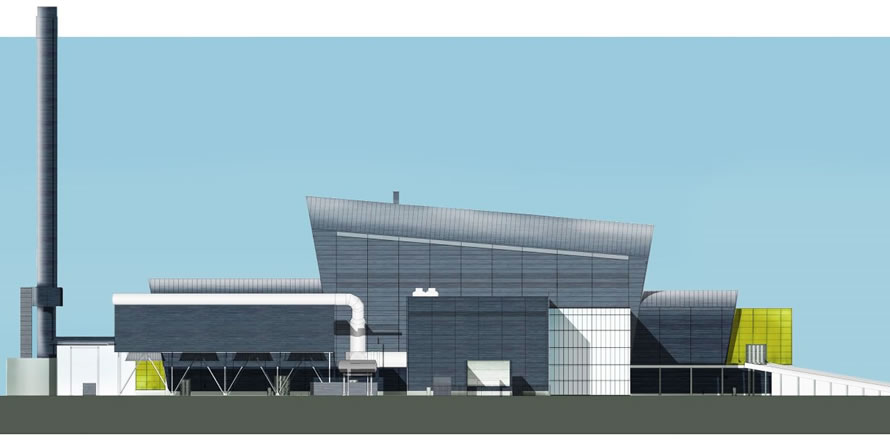 Biffa announce the financial close on their Protos energy from waste (EfW) facility in Cheshire. The project, along with their Newhurst EfW facility in Leicestershire, is the latest addition to a 15-year PPA with SmartestEnergy - one of the largest energy-from-waste (EfW) power purchase agreements (PPA) to ever be signed.

Last week, our customer Biffa, announced the financial close on their latest EfW facility, alongside its joint venture partners, Covanta Holding Corporation and Macquarie’s Green Investment Group, which is on a 15-year PPA with SmartestEnergy.

The new Protos EfW facility will be a significant addition to the UK's waste management infrastructure, capable of generating 49MW of low carbon electricity, enough to power around 90,000 homes. It will also provide 400,000 tonnes of annual treatment capacity for non-recyclable household and industrial and commercial waste.

Back in July 2020, SmartestEnergy announced one of the largest EfW PPAs had been signed with Biffa, which was secured after a highly competitive tender process. Under this PPA SmartestEnergy will be buying the electricity generated from both the Newhurst facility in Leicestershire and Biffa’s new Protos facility based in Cheshire.

Robert Luke, Head of Renewable Origination for SmartestEnergy’s Smart Generation team, who work with generators to optimise the value of their assets, said:

“Generators are increasingly looking for innovative approaches to help them play their part in the development of a smarter energy landscape in the UK and our persistence and willingness to find commercial and legal solutions on this project has underlined SmartestEnergy’s credentials as a next generation company.

“The scale and complexity of this agreement required SmartestEnergy to develop a commercial solution that delivers value for all the partners and investors involved.” The Newhurst facility (pictured) is currently under construction and expected to start operations in 2023.

It will provide 350,000 tonnes of treatment capacity a year for non-recyclable waste and will also generate up to 42 megawatts of electricity, enough to power around 80,000 homes.

The Newhurst facility and their second Protos facility, located near Ellesmere Port, supports the Government’s drive to both reduce reliance on landfill and treat more non-recyclable waste at home, decreasing the UK’s dependence on export.

The Protos facility will complete the joint venture for partners, Biffa, Covanta Holding Corporation and Macquarie's Green Investment Group (GIG). It combines Biffa's expertise and scale in waste management and control of significant feedstocks with Covanta's development and operational experience in Energy from Waste. Biffa will provide the fuel for the facility each year, from its existing local waste collection services, and Covanta will supply operations and maintenance services.