Contracts for Difference Still on Track: AR4 Set for 2021 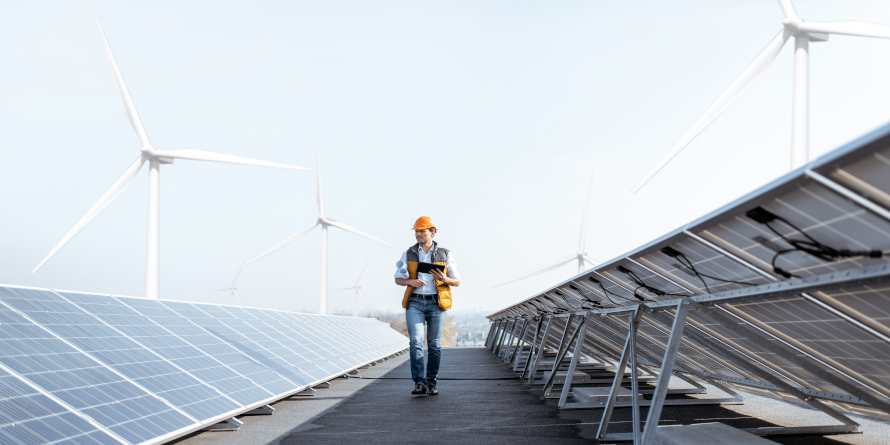 Following the announcement from Government that the next Contracts for Difference (CfD) Auction remains on track for 2021, Head of Renewables Origination, Rob Luke takes a look back at the success of the scheme so far, as well as what we might expect from the upcoming round.

Despite the major changes we’re all currently experiencing, news which emerged last week detailing the decision made by The Department of Business, Energy and Industrial Strategy (BEIS) to keep planned timescales for the next CfD auction unchanged was welcome news to all of us in the generation sector.

Initially, there had been worries that the latest consultation on amendments to the CfD scheme might have been pushed back due to Covid-19, but this is now set to conclude on May 22nd as originally set out. This is important too, as that consultation document includes the proposal to allow both onshore wind and solar into Auction Round (AR) 4, which will be held in 2021 – in line with government’s previous pledge to hold bi-annual auctions.

This has not been the case since 2015 – where solar cleared at a lowest priced £50/MWh and onshore wind at a lowest price of £79.23. Of course, things have moved on since then and we’re seeing lower and lower strike prices as time goes on. The £39.65/MWh strike price accepted by offshore wind farms in the latest CfD Auction (AR3) represented the lowest price achieved to date. Given the current subsidy landscape for renewable generation, the revenue certainty offered by CfDs ensure that this remains an important route to market for new projects and one which we’re proud to be supporting via our CfD Power Purchase Agreement across transmission and distribution connected assets. 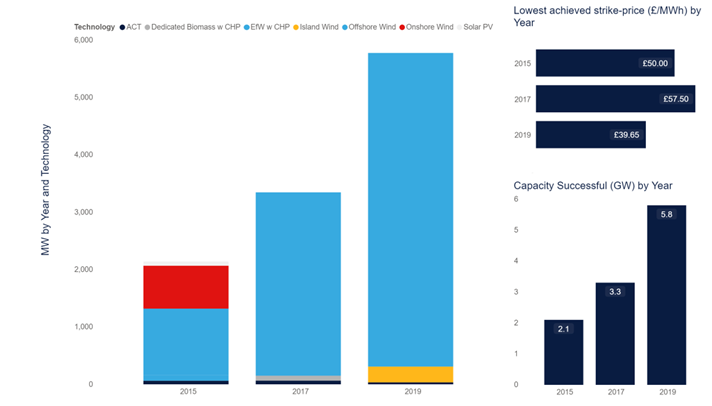 So, what does all that mean for AR4? Well this far ahead of time it would be unwise to speculate on price, but there has been some interesting data released recently. According to consultancy Cornwall Insight, up to 13GWs of eligible projects could enter the auction, over double the amount actually secured in 2019 (5.8GW). Of the 13GW, Cornwall suggest that 5.5GWs of the overall capacity entered into the auction could account for Pot 1 – or so called more mature technologies – including solar and onshore wind (around 4.2GW). The remainder is likely to consist of mainly offshore wind (approximately 6GW) with around another 1GW or so of Island wind.

What this tells us then is that with the inclusion of a significant amount of capacity which was previously excluded, AR4 is set to be more competitive than any previous auction round. When you add into the mix that solar and onshore wind are two of the technologies capable of producing electricity at lowest cost, it might be possible that 2020/21 produces the lowest strike-price once again.