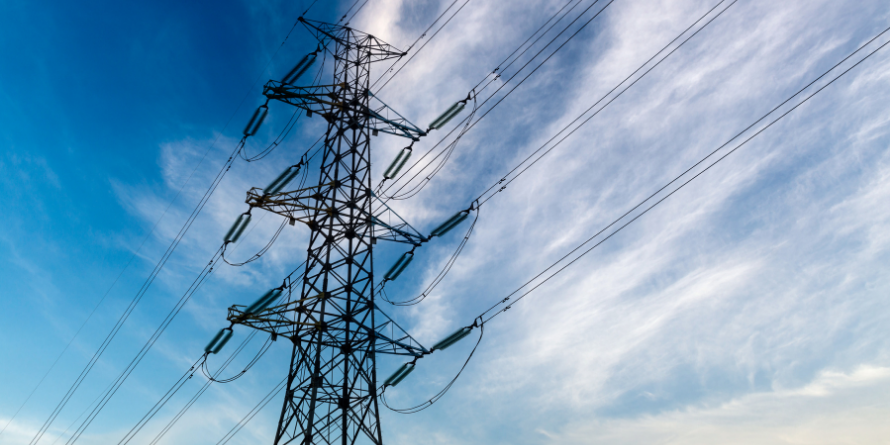 National Grid ESO have published the Triad peaks for Winter 2021/22. Strategic Account Manager, Mark Cox looks back at the market conditions on the confirmed Triad dates and shares some information on our pilot demand response service ahead of the TNUoS changes coming into play from Winter 2023 under the Targeted Charging Review (TCR).

Triads are the three highest half hourly periods of demand, 10 days apart, usually between 4pm-7pm throughout November to February.

These three half hourly periods cover the cost of running the transmission network, also known as Transmission Network Use of System (TNUoS) charges. 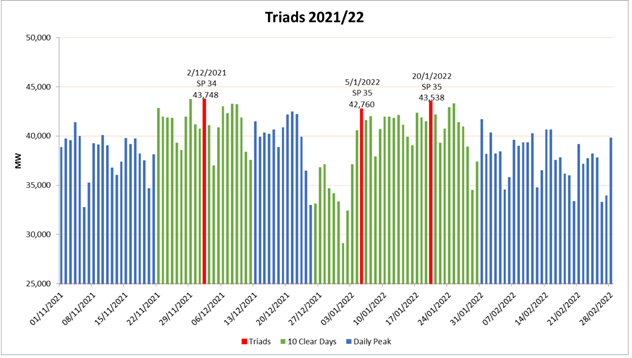 Winter 2021/22 started with temperatures slightly below average for November, as well as lower than normal winds. Wind levels from mid-December until Christmas Day were less than a third of seasonal norms. The wind picked up in January and February as storms Dudley, Eunice, Franklin, and Malik hit the UK with a new wind generation record at 19.5GW. Temperature across the season stayed milder that than winter averages.

National Grid’s Triad results state that on Thursday 2nd December, at 4:30pm, the highest net system demand reached 43.7GW reflecting the day’s low wind generation. We reported in our Monthly Power Market blog that wind only picked up on weekend of the 4th/5th December.

With our Triad Warning Service, our Energy Management Centre sent a text and/or email notification to our customers when they predicted a triad, with a “possible”, “likely” or “very likely” prediction, so the customer can gauge the likelihood of an event and take the necessary action to reduce demand and avoid high TNUoS costs. We successfully notified our customers ahead of all these confirmed Triads, with a prediction of two periods noted as “Very Likely” and one “Likely” event.

2022 will be the last opportunity for Triad avoidance with changes to TNUoS pricing under the TCR coming into play from Winter 2023. With this in mind, we’ve been working behind the scenes on a pilot scheme with a handful of customers called ‘Optional Demand Response’ (ODR). The ODR service pays customers for actively reducing their demand for electricity or turning on their on-site generation to generate electricity. Under this mechanism, SmartestEnergy is issuing prices well ahead of any delivery periods and is passing on the benefits of these high market prices to our ODR customers. We believe that this type of services will provide an alternative source of revenue for demand flexibility in the absence of similar non-contractual sources of revenues, such as Triad. We’ll be sharing case studies over the next couple of months about our ODR scheme and hope to launch later this year.

In our recent Non-Commodity Costs webinar we discussed that from *April 2023 the price paid for TNUoS residual costs will be a fixed charge on your bill but will vary on a site-by-site basis based on capacity and connection type. This means customers will see an increase in the standing charge they pay, but a reduction in their demand tariff rates. The big implication of this is that there will be very little value in Triad avoidance (from November to February) once these reforms have been implemented, as consumers will not be able to avoid costs though shifting demand.

We therefore encourage our business electricity customers to get themselves Triad ready for November 2022 to maximise the value opportunities available for the last winter it is available.