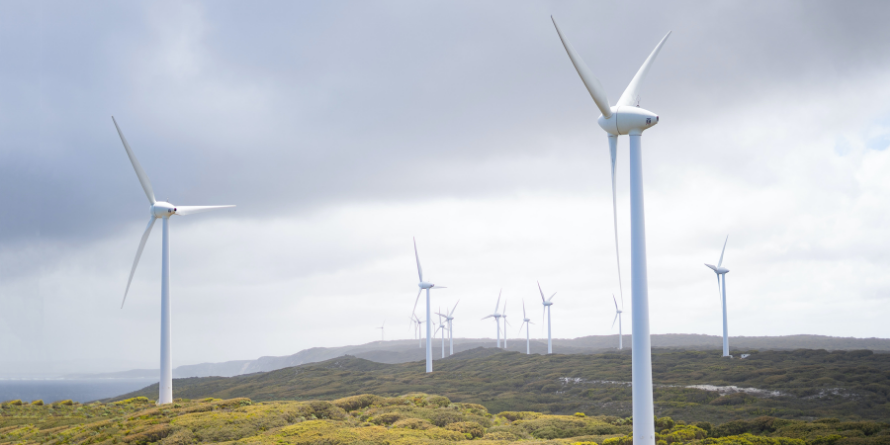 Winter-21 gas followed a similar upward trend, opening the month at 71.62ppth. The closing price for the 30th June was 92.30 ppth.

A combination of localised and global factors affected gas supplies, which have seen European storage levels at historical lows for this time of year, adding significant risk to Winter prices.

Prompt gas prices remained strong through June whilst scheduled Norwegian field maintenance is underway and risk of delays tend to get priced into the front month and quarter price. Unseasonably colder temperatures in mid-June caused some demand increases across Europe and price signals across all European hubs vied for the already reduced gas supplies.

Additionally, optimistic global recovery forecast and demand for spot LNG cargoes was not impacted by the risk posed by new COVID variants.  In contrast our government reiterated plans to reduce financial aid and remove all emergency lockdown restrictions later this month.

The market’s response to Gazprom’s abstention from booking any month ahead gas flow capacity through Ukraine, at the Sudzha transmission point was to add significant risk premium to Q3-21 prices, and thereafter risk of shortages for Winter-21. Russian News bureaus confirmed the commissioning plan for Nordstream 2 with flows commencing in some form from October 2021. The bullish trend was promptly reinstated within 24 hours with US comments reiterating Economic Sanctions and the EU commitment to Ukraine as a preferred strategic partner.

Whilst the power price has effectively followed the gas rally, we have seen further volatility where a combination of cold, cloudy conditions and reduced wind output in the middle of June, which saw the Day-Ahead Auction price peak at £122.61/MWh on 9th June. 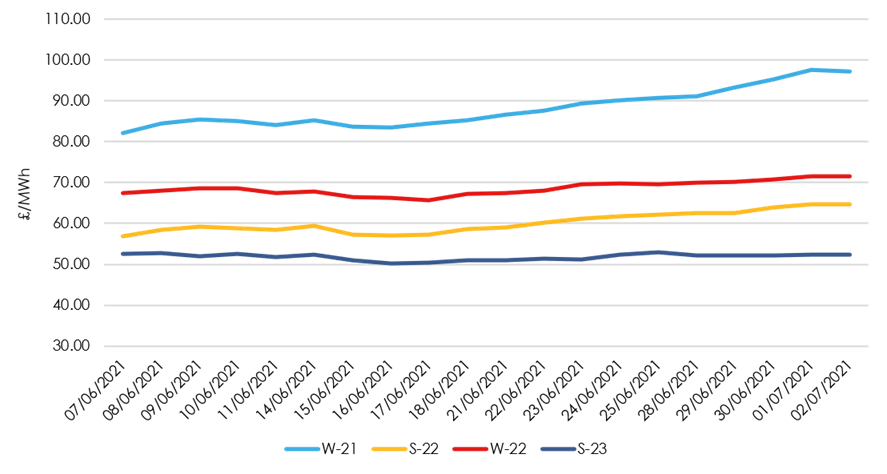 Brent Crude opened at $70.38/barrel, sat between $72 to $75/barrel from the 5th to the 16th June, and then closed for the month at $75.65/barrel. Optimistic demand forecasts for the rest of 2021 around freight and aviation, and also the weekly US EIA updates indicated a net overall reduction in US inventory in June, which hadn’t yet been responded to by producers with increase field production. Additionally, OPEC delays in reaching consensus for the front quarter remains uncertain.

Coal (ARA spot) began the month around the $95/tonne mark and steadily increased throughout June to just over $108/tonne. As with LNG, the coal push is primarily driven by Asian demand with China and India buying mainly the near-term contracts and longer-term tenders suspended for now.

For carbon, a combination of increased production levels driving the fundamental view of demand for 2021, as well as speculators looking out for breakout points as many market forecasters predicted a range of €65/tonne to €95/tonne. Additional support from “leaked” EU policy drafts, broadening the scope of emissions reductions targets to cover more industries and property. This is due to be reviewed in mid-July but has added some traction.  Additional premium has been attributed to the German Green Party gaining momentum in the run up to this year’s election and the potential challenge to Nordstream 2 that poses. 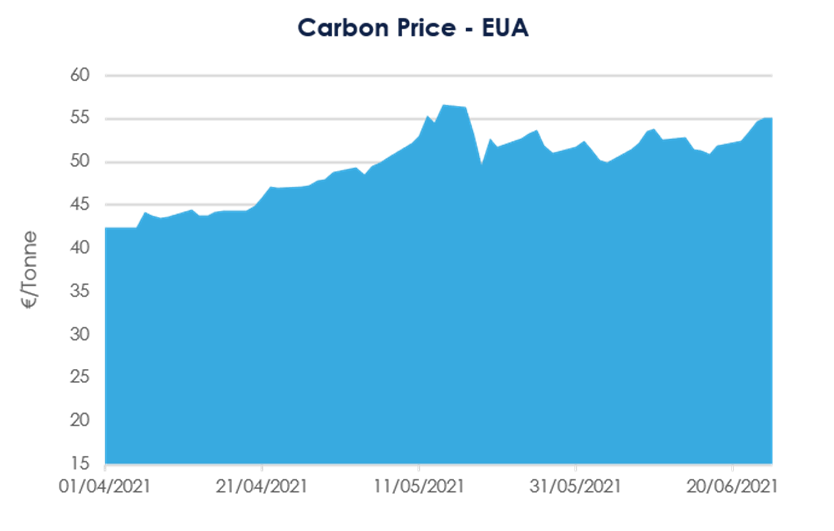 The maximum system price for June was recorded on Monday 28th at £200/MWh, when the within-day system went very short, especially in the morning when this price was set. There were no major losses of thermal or nuclear generation during the day, but an already low wind forecast of 2GW coming in even lower at just above half that. National Grid ESO took an expensive back-up of Short-Term Operating Reserve (STOR) generation to make up the deficit.

Two weeks earlier on the Monday 14th June we saw the lowest system price of the month during the night (Settlement Period 10) at -£59.95/MWh. Wind was high with around 8GW forecast, but due to the low demand this was not required and National Grid ESO called for wind curtailments. These negative wind prices are taken out of the system price calculation, but as is often the case, pulled the overall market down with them and it was Foyers pumped storage in Scotland that was being paid to pump that set this exceptionally low price.

Maximum Day-Ahead N2EX prices (Base) reached a peak of £88.78/MWh, which was only around £10 above the average for the month as wind levels fluctuated regularly between approx. 2 –7GW. The minimum day-ahead N2EX price was £70.00/MWh.