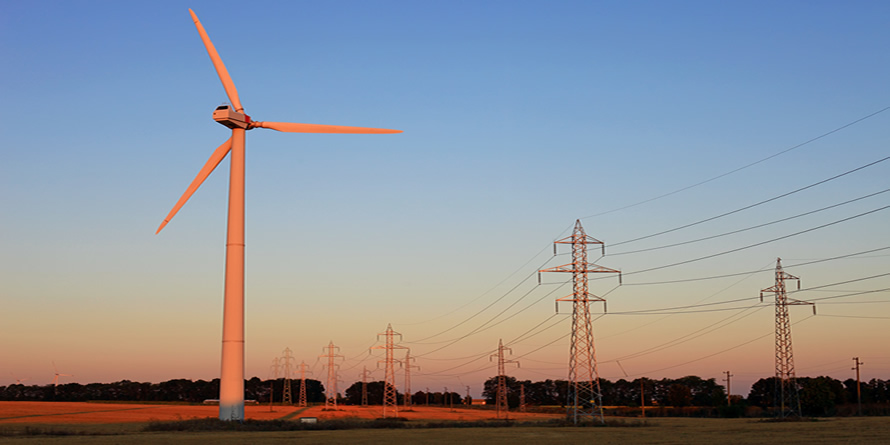 Following on from our latest Non-Commodity Costs Webinar Head of Pricing Tom Putney explains the new bandings for TNUoS charging set to come into effect from April 2022, as well as an indicative look at the charges different consumers might expect to pay.

Regular readers of the SmartestEnergy blog, or at least those of you interested in changes to non-energy costs, might remember one of my previous blogs on the subject of Ofgem’s Targeted Charging Review and it’s impacts on the way that Transmission Network Use of System (TNUoS) charges will be calculated from 2022.

I won’t go over old ground in fully explaining that here (click the link above to read the full info) but to explain it succinctly; from April 2022, TNUoS charges will move away from the existing Triad system and become a fixed charge based on the capacity of each individual site.

This means that those end-users capable of partaking in Triad management still have the ability to reduce their exposure to TNUoS charges for both this winter (2020/21) and next (2021/22) but will fall into the applicable band outlined below after that. Some regions will still see triad charges (namely London and other southern network areas), but the values will be minimal compared to now.

It’s important to note that the capacity ratings on which sites are assessed (and therefore used to place sites into specific bands) have already been calculated by Distribution Network Operators (DNOs) - based on the average capacity used over the past two years. The table below shows the resulting set of bands, where kVa is used when the customer has an agreed capacity, otherwise their annual kWh consumption is used.

Whilst we now know the bandings, there is still uncertainty on the rates that will be applicable, not least as the allowed revenue for the next TNUoS price control (known as RIIO-2, and set to start in Apr-21) has yet to be determined. However, National Grid’s “5 Year Forecast” published earlier this year gave the first indication of what these could look like. Based on this, LV charges will range from just over £1,000/site/year in the lowest band to almost £5,900/site/year in the top band. The step change from band 3 to band 4 in particular looks set to be the biggest, with the charge from EHV customer varying by over £0.5m from band 3 to band 4.

The current bandings (outlined in the table below) will remain in place for the duration of the next transmission price control, beginning in April 2021 and ending in March 2026, meaning end-user are not able to reduce their banding level by reducing their import capacity agreements. As yet, it remains unclear whether or not consumers will be able to affect the band their site(s) are placed in after the next price control.

For more information on the changes, head over to our Non-Commodity Costs Webinar highlights page and watch our latest video explaining the winners and losers from the changes. 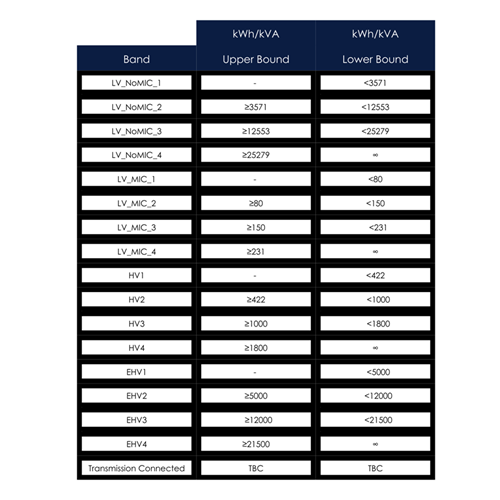