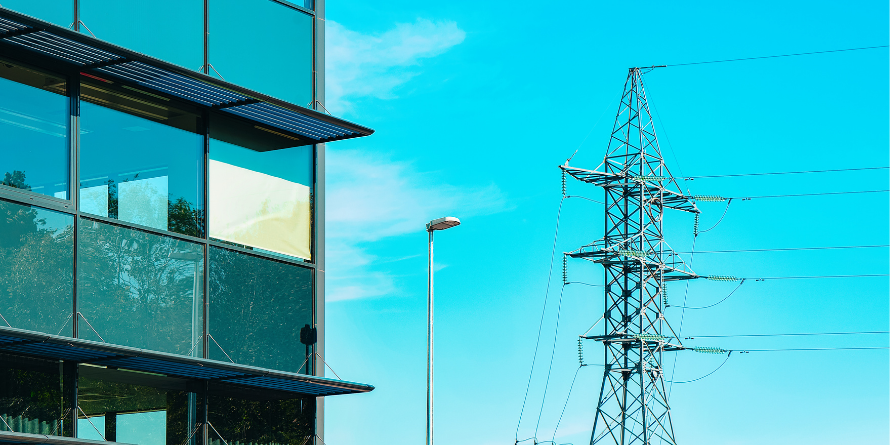 Now that National Grid ESO have published the Triad peaks for Winter 2020/21, Strategic Account Manager, Mark Cox confirms the triad peaks and recaps on the benefits of Triad avoidance for I&C businesses. But could 2021 be the last year for Triads?

Triads are the three highest half hourly periods of demand, 10 days apart, usually between 4pm-7pm throughout November to February.

These three half hourly periods cover the cost of running the transmission network, also known as Transmission Network Use of System (TNUoS) charges. 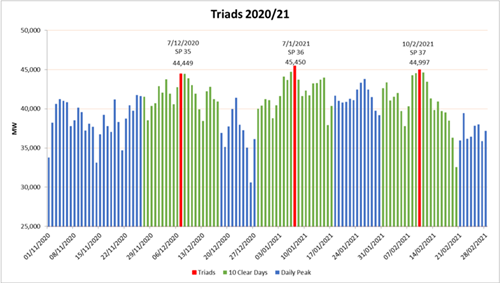 Winter 2020/21 was an unusual and unpredictable Triad period. With the majority of November – February in lockdown, we saw significant demand destruction as I&C demand dropped, and domestic consumption increased.

National Grid’s Triad results state that on Thursday 7th January, at 6pm, the highest net system demand reached 45.5GW. We reported in our Monthly Power Market blog that colder temperatures and low winds were the main drivers here in the early part of January.

With our Triad Warning Service, our Energy Management Centre send a text and/or email notification to our customers when they predict a triad, with a “possible”, “likely” or “very likely” prediction, so the customer can gauge the likelihood of an event and take the necessary action to reduce demand and avoid high costs on their energy bill. We successfully notified our customers ahead of all these confirmed Triads, with a prediction of all three being “Likely” events.

In our latest blog on the Targeted Charging Review (TCR), Head of Pricing, Tom Putney explained how Ofgem will be changing the way TNUoS and DUoS costs will be charged from April 2022, which will have a big impact on the value of the cost saving opportunities presented by Triads. This would make winter 2021/22 the last year for Triads, however, in a recent publication of an open letter by Ofgem, they announce that it is likely this will be delayed to April 2023. This could mean an additional winter for Triad avoidance from November 2022 to February 2023. We hope to bring you further information on this, following an update to this consultation (CMP343) due next month.

In the meantime, I’ll be looking at the TCR in detail in our upcoming Non-Commodity Costs webinar on the 20th April, along with a recap on the Triad peaks for 2020/21. I’ll also be joined by our expert pricing team to bring you the forecasts for all non-energy charges.

> Register for our Non-Commodity Costs Webinar