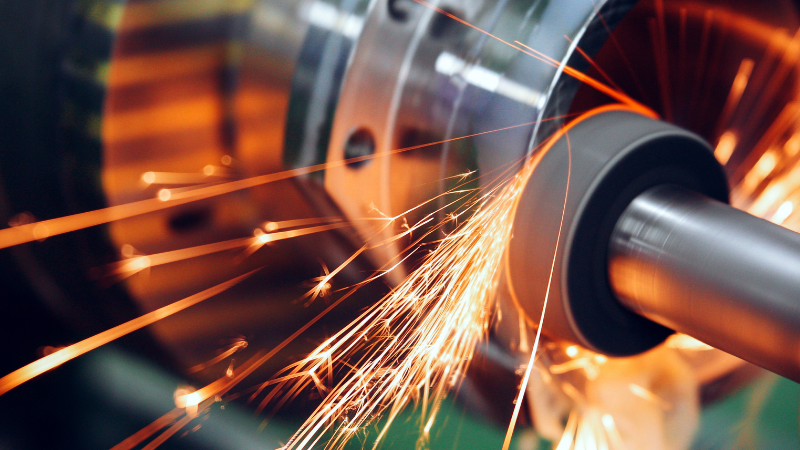 As we approach the start of Triad season 2021/22, Strategic Account Manager, Mark Cox explains the value of Triad avoidance for energy intensive businesses. With only two more winters available before the TCR comes into play, Mark offers up some suggestions to get your business operations ready by the 1st November to take advantage of cost-saving opportunities.

What are Triads? - Triads are the three highest half hourly periods of demand, 10 days apart, usually between 4pm-7pm throughout November to February. These three half hourly periods cover the cost of running the transmission network, also known as Transmission Network Use of System (TNUoS) charges. The confirmed Triad peaks for 2020/21 were Monday 7th December 2020, Thursday 7th January and Wednesday 10th February 2021. Read more here.

The value of Triad avoidance

To demonstrate the value in Triad avoidance I’d like to use a case study example that some of our customers may have seen in our latest Non-Commodity Costs webinar.

The chart below, on the left, shows the published Triad tariffs for Half Hourly (HH) metered customers for each region this coming winter (November 2021 to February 2022). When the TCR changes begin, which was initially planned for April 2022 but it's since been suggested by Ofgem that this will be delayed to April 2023, we can see how the zonal triad tariffs disappear. The chart on the right shows the same effect on Non-Half Hourly (NHH) transmission unit rates. Be sure to register for our next Non-Commodity Cost webinar in January where we'll be bringing you our latest forecasts and predictions for TNUoS costs, factoring in the potential delay to April 2023, which we hope to have confirmation from Ofgem for by then.

Preparing your business for Triads this winter

Do you have the flexibility to shift production schedules, avoiding the 4-7pm weekday peak times at your operational sites? – If you can, most energy suppliers and/or brokers run Triad Warning Alerts throughout the Triad Seasons to help you plan your operations to avoid possible Triads.

SmartestEnergy provide a Triad warning service to our customers, issuing daily notifications from our expert trading team indicating whether a triad is possible, likely or very likely and the predicted time slot the triad may be. It’s important to note that these alerts are based on predictions and the actual Triads are not confirmed by National Grid until the end of the Triad Season.

If you are a SmartestEnergy customer, you can ensure you are signed up to our alerts or register a new contact to our Triad Warning Service by contacting your account manager.

The TCR clock is ticking

There are only two winters left to take advantage of Triad avoidance and the subsequent TNUoS cost saving opportunities before significant changes are expected to come into play from 2023 under the Targeted Charging Review (TCR).

The TCR is a Significant Code Review (SCR) led by industry regulators, Ofgem that assesses how residual network charges should be set and recovered in Great Britain. They will be changing the way DUoS (Distribution Use of System) and BSUoS (Balancing Services Use of System) costs are charged from April 2022 and changes to TNUoS will come into play from April 2023, subject to Ofgem’s confirmation.

With the focus on making the TNUoS charges fair and transparent, Ofgem has decided to levy all residual charges for end consumers. Residual charges make up the main proportion of TNUoS, covering the costs of using the existing network. The remaining proportion of TNUoS are forward-looking costs that cover the costs of network growth and expansion. The recovery of TNUoS charges will be moving to a new fixed charge.

For business consumers, there will be a single set of transmission residual charges for each of the 14 distribution licensed areas, for each fixed charging band. Each site will be assigned to a band, which is be defined by a consumer’s voltage level and, with further boundaries  defined based on agreed capacity for larger consumers, and net consumption volume for smaller consumers. The band a customer is assigned to was set at the end of 2020 by the DNOs based on a 2-year average, with these bandings now fixed until 2026.

As a result, we expect that from April 2023 the price you pay for TNUoS residual costs will be a fixed charge on your bill but will vary on a site-by-site basis based on capacity or annual consumption. This means customers will see an increase in the standing charge they pay, but a reduction in their unit rates. The big implication of this is that there will be very little value in Triad avoidance (from November to February) once these reforms have been implemented, as consumers will not be able to shift demand to avoid these costs.

We therefore encourage our business electricity customers to get themselves Triad ready to maximise the value opportunities available over the next two winters.