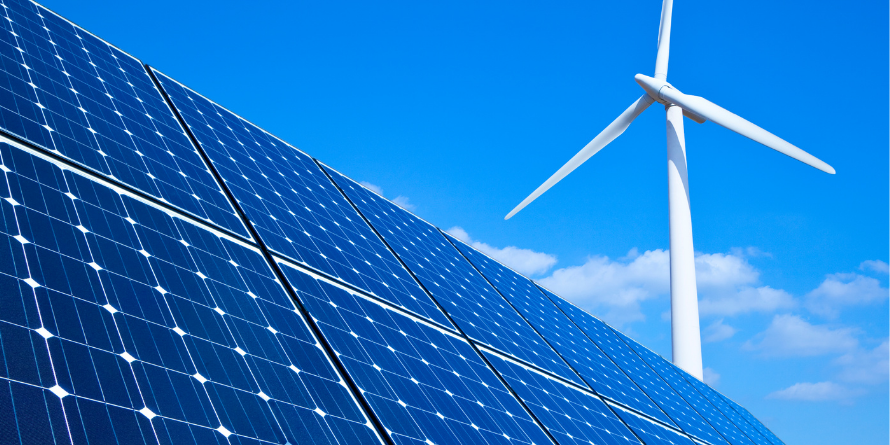 Head of Sales Trading, Fanos Shiamishis, comments on the widening between base and peak power prices and the continued volatility with gas as news on Nord Stream 2 on integral gas pipelines pushes prices higher. Meanwhile, Spot Power Trading Analyst, William Lake, explains the system price movements observed in August as the within-day-system went short leading to expensive units to make up for deficits. William also reveals that maximum day ahead N2EX prices peaked to the highest level since mid-January.

UK Power tracked gas and EUA increases and very near-term system balancing. Prompt prices firmed near the end of the month and  hit the mainstream news headlines in September.  The Base/Peak spread continued to widen, with Day Ahead peak strains noted in the near term, adding risk premium to the winters.

Winter-21 gas has followed a similar upward trend, opening the month at 106.36ppth, reaching 116.24ppth on the 12th August. The closing price for 31st August was 135.24ppth. Global gas demand remained strong throughout August, keeping both prompt and forward prices high.  The fundamentals remain the same as previous month with European storage levels lower than usually expected at this time of the year. Market sensitivity to Nord Stream 2 news and contrasting opinions around the environmental and geopolitical impact of the project added to the volatile conditions. There have also been difficulties with gas supplies into the United Kingdom and Europe, such as routine maintenance on important gas pipelines from Norway.

In oil markets, opened at $66.08/barrel, sat between $67 to $69-70/barrel from the 5th to the 17th August, it dropped to $60.68 on the 23rd August and then closed for the month at $64.79. Oil headlines during August were dominated by OPEC+ meetings to reaffirm the proposed supply quotas as well as US refineries closing/reducing output during “hurricane season”.

Coal (ARA spot) began the month around the $73/tonne mark decreasing to $65.26 on 20th September and closing the month over $73/tonne. With high global gas prices, coal generation in some regions picked up and short term constraints in the UK power system saw coal units warmed by ESO in early September.

Buoyed by increased coal and gas demand for generation, Carbon EUA’s continued to breach new highs, registering over €60/Tonne before the close of August and is up by over 60% since the start of the year.

The maximum system price for August was £200.18/MWh which was set by Statkraft Flexible generator at 6pm on Thursday 19th August. The system had been short all day, peaking during the evening when demand was at its highest. There were no major losses of thermal or nuclear generation during the day but with only 1GW of wind being generated, the accepted offer prices of some units were very high to make up this deficit. Corby CCGT in Northamptonshire was the most expensive unit during this time, being taken at £350.

Negative prices also returned this month, with the minimum system price reaching  -£18.66/MWh between 0500 and 0530 (settlement period 11) on Sunday 8th August. As expected early on a Sunday morning, demand levels were very low and combined with a high wind outturn of around 8GW, this was enough to push prices below zero, but not enough for the National Grid ESO to curtail wind.

Maximum Day Ahead N2EX prices (Base) reached a Maximum Day Ahead N2EX prices of £129.70/MWh. This was the highest level seen since mid-January. This occurred towards the end of the month as wind forecasts dropped off to from their levels in the weeks preceding this- there were several instances at the start of the month where the National Grid was forecasting 10GW, before dropping off later in the month to fluctuate between 2 and 5 GW. Solar outturn for August was generally below forecast, however there was less disparity between the forecast and outturn as in July. The day ahead NBP for gas continued on an upward trend, peaking at £127.35 on the 31st  August. Intra-day gas has seen very choppy conditions with unprecedented highs and price ranges, all leading to higher-than-average prices for this August. The minimum price base price was £85.22/MWh, set on August 8th when the minimum system price was also reached.