Rising BSUoS and the Flipping Phenomenon 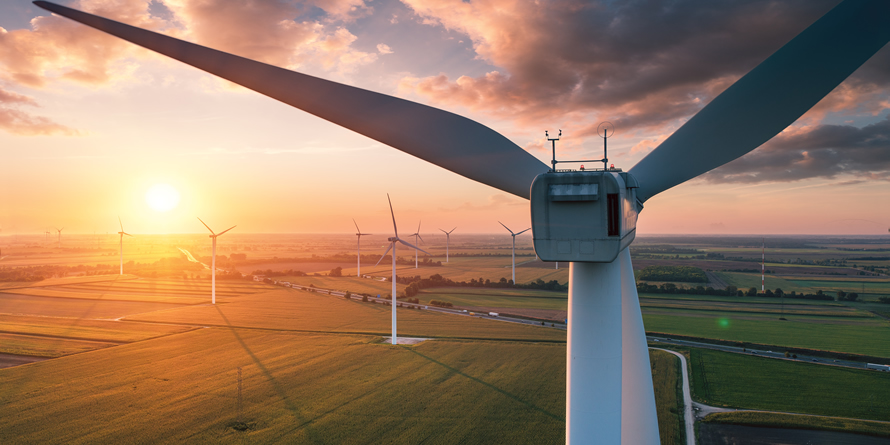 After the latest edition of our Generator Revenue Streams webinar earlier this week, Head of Renewable Sales Chris Smith, and Head of Pricing, Tom Putney have taken a look at the value of BSUoS, the ‘flipping’ phenomenon occurring in Northern Scotland and why the embedded benefit is under threat.

The figures show that the value of Balancing Services Use of System Charge (BSUoS) is increasing. Having held steady at around £2.30/MWh on average from last summer through to the end of September, BSUoS has spiked to £2.90/MWh. 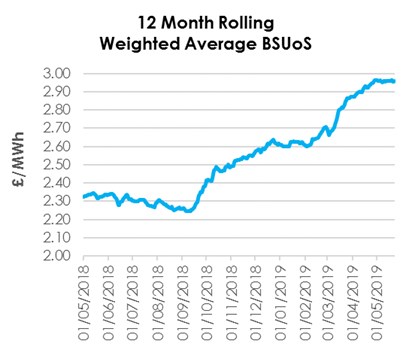 Constraints are the major factor behind this. Whilst the ‘Bootstrap’ High Voltage Direct Current (HVDC) Link between England and Scotland went offline earlier this year, contributing in-part to the current situation, this is now back in operation. The value of BSUoS could be set to fall as a result – with power being able to flow more freely from generation to demand.

And therein lies the issue. Significant amounts of generation in Northern Scotland, much of it intermittent, is located away from significant areas of demand, such as London for example.

This means that when these generators are producing power, National Grid has to pay these generators to stop producing in that area and instruct another asset (typically gas-fired) nearer the source of demand to generate in order to balance the grid – thus raising the value of BSUoS, which covers the cost of balancing actions.

The disparity between generation and demand in this area has led to what is called ‘flipping’. Under electricity industry codes, if the Grid Supply Point (GSP) as a whole is exporting (embedded generation is greater than demand) then the BSUoS charge ‘flips’.

This means that BSUoS is routinely a cost for embedded generators in North Scotland – in fact this was the case for around 40% of Half-Hourly settlement periods between April 2018 and March 2019. On that basis, you might expect BSUoS to remain a payment as GSPs are exporting less than half of the time. However, BSUoS is typically more expensive at times when the GSP flips (due to the high wind), meaning that because BSUoS is so much higher during these periods, it actually ends up being a fairly substantial cost overall.

Traditional patterns continue to change elsewhere too. National Grid are now forecasting higher constraint costs between August and October than they are for the winter- the time in which BSUoS value traditionally peaks. Again, this is due to further proliferation of wind (North Scotland) and solar (South-West England) which will have optimal conditions to generate over this period.

In the future, battery storage may also have a role to play in helping to alleviate the need to constrain generation, as power can be stored for use when demand outstrips generation. That scenario moved closer to reality this week, after Ofgem’s decision to officially define storage in legislation reduced one of a number of hurdles the technology is facing before it can deploy on a significant scale.

With the cost of balancing the system rising, Ofgem have decided to take a look at BSUoS as part of its Targeted Charging Review (TCR). Current proposals could see the embedded benefit either floored to zero for distribution-connected generators, or even turned into a charge as the regulator looks to protect consumer bills. On the other hand, EDF have raised a modification seeking to remove BSUoS charges from transmission connected generators and place these costs on consumers instead.

All in all, it seems that what we can say with certainty, is that the future for BSUoS is uncertain. To get more info on this and the market factors affecting other Generator Revenue Streams, watch our latest webinar recording here